I want to share my impressions on a great DIY device which optimises the sound in the listening room. It's called The Brodule and has been invented by Audiophile Apiguide, a French audiophile. It's simple and cheap to make (€40) and produces extraordinary results. To me, the Brodule is one of the best DIY audio tweaks of all times as far as room optimisation is concerned. It will change your listening experience.

WHO CAN USE THE BRODULE

The Brodule can be used by audiophiles and sound engineers who want to hear the true sound recording.

Please see below a picture of my home made Brodule. It has not been polished with sand paper. This is why it looks so "raw". But polishing is only for the outside, it will not improve the sound. WHAT THE BRODULE IS MADE OF

The Brodule is a cup of modelling clay / paste (air hardened) over which hang 6 steel balls attached to 2 rectangular magnets 6kg strength (one placed above the other). The magnets are attached to a base which is above the cup and rests on wooden barbecue sticks standing in the bottom of the cup.

PLACEMENT IN THE LISTENING ROOM


The cup is placed (a) near/touching the front wall facing the listener, exactly at mid-distance between the two speakers (use a string to measure the distance between the two speakers, then fold it in two to have exactly half of the distance), and (b) the bottom of the cup is at about eye level in the seating position; if this does not work, try higher, but not more than 30cm.


The Brodule is a diffuser. What the Brodule does is to break / diffuse the high frequencies which bounce back from the back and side walls onto the front wall and into the cup; the steel balls receive the high frequencies from the inside of the cup (which acts like a satellite antenna receiving a signal and reflecting it) and break / diffuse them (energy transformed into vibration or heat). It will eliminate flutter echo. On diffusion, see http://en.wikipedia.org/wiki/Diffusion_%28acoustics%29
which indicates that:

"Diffusors (or diffusers) are used to treat sound aberrations in rooms such as echoes. They are an excellent alternative or complement to sound absorption because they do not remove sound energy, but can be used to effectively reduce distinct echoes and reflections while still leaving a live sounding space. Compared to a reflective surface, which will cause most of the energy to be reflected off at an angle equal to the angle of incidence, a diffusor will cause the sound energy to be radiated in many directions, hence leading to a more diffusive acoustic space. It is also important that a diffusor spreads reflections in time as well as spatially. Diffusors can aid sound diffusion, but this is not why they are used in many cases; they are more often used to remove coloration and echoes."

It has some similarities with the Resonators from Acoustic System (device placed against the front wall) but operates differently (no resonance of metal cups, on the contrary, the cup of clay does not resonate at all, the inside thereof reflects high frequencies and direct them towards the steel balls).

In my mind, the Brodule works better than a Schroeder diffuser. It doesn't take more space than a CD. What you hear is fantastic.

In summary, you will hear the original parameters of the recording.

With the Brodule, you will focus on the music, not on your sound system.


The detailed results are as follows:

Soundstage: feeling of the acoustics of the place of recording (concert hall or outdoors) i.e. a lot of air, reverberation, depth, huge soundstage being global and coherent, the various instruments which play in the orchestra are audible in detail, and you can follow the part of each instrument, the music players appear to be precisely placed in space and are easily differentiated, a better spreading of the sound in the listening room, more enveloping sound.

Sound: the sounds appear more natural, there is less distortion (i.e. you can increase the volume to some extent without ear pain or discomfort), very clean bass, more bass and sub-bass, the micro-informations can be very well heard, better dynamics, more emotion on certain records especially with voices.


HOW TO MAKE THE BRODULE, DETAILED EXPLANATIONS, READERS COMMENTS

You need very few things to make the Brodule, and it takes very little time to make it (1 hour, 3 days of drying for the cup). Basically, what you have to make is the cup, the rest is nothing.


What you need is:

I urge the readers to have a look at the following descriptions (in French only, but you can have the web pages automatically translated by Google), comments and pictures, and to make their own Brodule:

1) The Instruction Manual by Audiophile Apiguide

http://www.apiguide.net/images-audio/defocaliseur-a-billes-brodule.pdfThis is the abridged manual. If you want the full manual, it is necessary to order the CD made by the Audiophile Apiguide (the CD contains all the tweaks developed by Audiophile Apiguide over 40 years), which only costs a small amount of money. You can manage to build the Brodule without the full manual, the abridged manual and my explanations may be enough, but the CD can give you useful additional details. 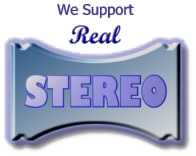